After sustaining a blow to the head, many people find themselves coping with traumatic brain injuries. Unfortunately, these serious injuries aren’t always easy to diagnose. Please continue reading and contact a Connecticut brain injury lawyer from Casper & de Toledo, LLC today to learn more about some of the most common traumatic brain injury symptoms and how our legal team can help if you have sustained one due to another party’s negligence.

One of the complicating issues in these types of cases is the fact that lots of the symptoms experienced by folks who suffer head injuries are non-specific, meaning they could be symptoms of other conditions. In fact, many TBIs co-occur with other injuries, often including orthopedic injuries, nerve injuries, and injuries causing chronic pain. So, healthcare providers are challenged with determining, based upon the history and the complaints of symptoms and the physical examination, what is causing the symptoms complained of. Part of that task involves determining if co-occurring or co-morbid conditions can be excluded as the cause of post-concussion-type symptoms. This task can be difficult, but healthcare providers routinely engage in the differential diagnostic process. In cases involving head injury, there are certain imaging studies and neuropsychological measures that can be used to identify injuries and deficits that are more commonly explained by head trauma rather than symptoms considered to be common to more than one cause.

It’s much easier to deal with symptoms by category because someone who sustains a head injury can have symptoms in essentially four different categories. There can be cognitive, emotional, behavioral, and physical symptoms. 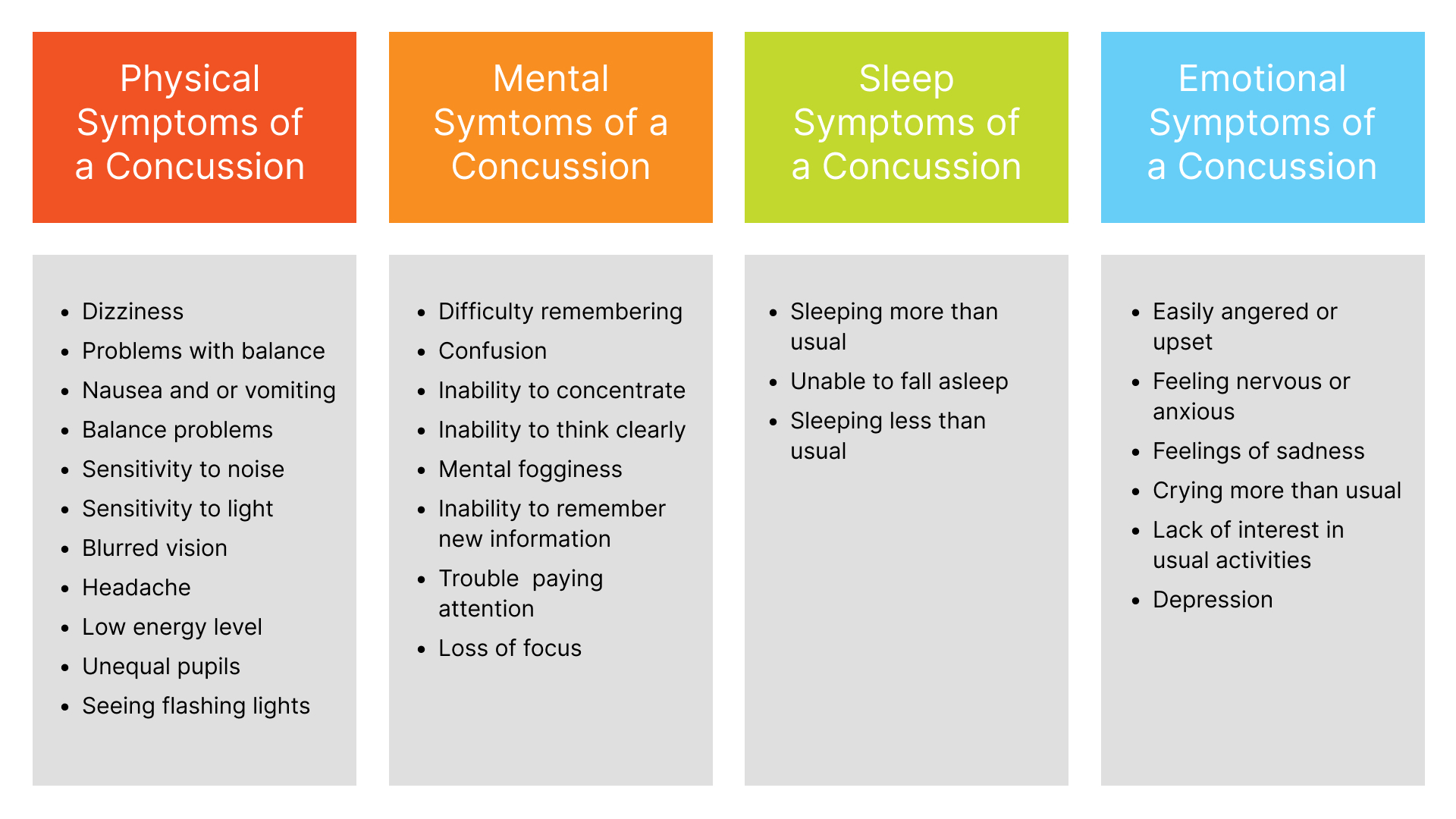 Physical symptoms could include nausea or vomiting, dizziness, headache, loss of consciousness, a seizure, and neck pain. It’s pretty common that people who have head injuries also experience neck pain because the head is attached to the neck, and if there is trauma to the head, very likely there is also going to be trauma to the neck. There also can be sensitivity to noise; sensitivity to light; vestibular or balance problems; problems with vision, such as blurred vision; or inability to focus the eyes. There can be fatigue, or there can be a dazed sense.

Cognitive symptoms can be difficulty concentrating; attending, or problems with attention; difficulty remembering; slower processing; memory issues; or forgetting recent events. The head injury generally won’t impact long term memory, things that happened a long time ago, but can impact the recollection of recent events, or can manifest itself in confusion, repeating the same statements or questions, slowed processing revealed in terms of responding to questions and decision making, and amnesia, both from before the injury and after the injury.

The whole issue of amnesia is a very interesting issue because there are many people who think that they were unconscious, but it’s reported that they were walking and talking at the scene of the accident, and one might say, “Well, how is that? Is this person making it up?” Are we dealing with a liar?

There can’t be a definitive answer, but there is a scientific explanation for reconciling those two circumstances. If the patient thinks that he or she was unconscious, but there is evidence at the scene of the accident from a first responder or other that the patient was talking and walking at the scene, the patient may legitimately believe there was a loss of consciousness. When the head is struck and there is an impact on memory functions, there is a difference between having memory and actually putting down memory. In other words, in order to form a memory, what occurs has to be absorbed and stored in the memory banks, and then there must be the ability to retrieve that memory at an appropriate time.

When we interview a new brain injury client, we take them through the series of events that occurred, from the last thing they remembered prior to the crash or injury to the next thing recalled after the injury, and then trace each memory until the client’s memory becomes continuous. we cover moment by moment to find any gaps in the memory, and we emphasize that we want a client to tell us about actual memories, not something that somebody else told them about or something inferred from other things recalled. we want clients to actually tell us what is actually stored in their memory, and that’s how we begin to get clients to understand why they may not have a memory of an event or think that they have a memory of an event even though they really don’t have the memory.

After cognitive symptoms, there are emotional symptoms. Emotional symptoms can be someone who is irritable, just feeling low or depressed, sad, nervous, or anxious. Some people just really cry very easily.

Behavioral symptoms are commonly seen in people with all sorts of levels of brain injury. Behavioral issues are seen frequently in children because they really don’t know how to put on the brakes. All TBI patients have the propensity to lose their cool. They can become angry; they blow up; they are explosive, argumentative, and behaving in a way that is really inconsistent with the way that person previously behaved, including engaging in risky and/or criminal behavior.

If we look at the acute onset brain injury and we accept what is a traditional classification of brain injury, which is mild, moderate, and severe injury, with moderate and severe injury, a lot of these symptoms can be lifelong. In the least severe category of the injury and mild injury, which would include concussion, the traditional thinking has been that the majority of people with these injuries make a full recovery, or at least it’s a full recovery to the extent that the science can measure it.

There is debate in the literature that anywhere from ten to twenty-five or thirty percent of people with mild traumatic brain injury develop a persistent, post-concussive syndrome, which is diagnosed because of the persistency of symptoms, so even with the mildest classification of brain injury, some people can experience symptoms that are life-long. 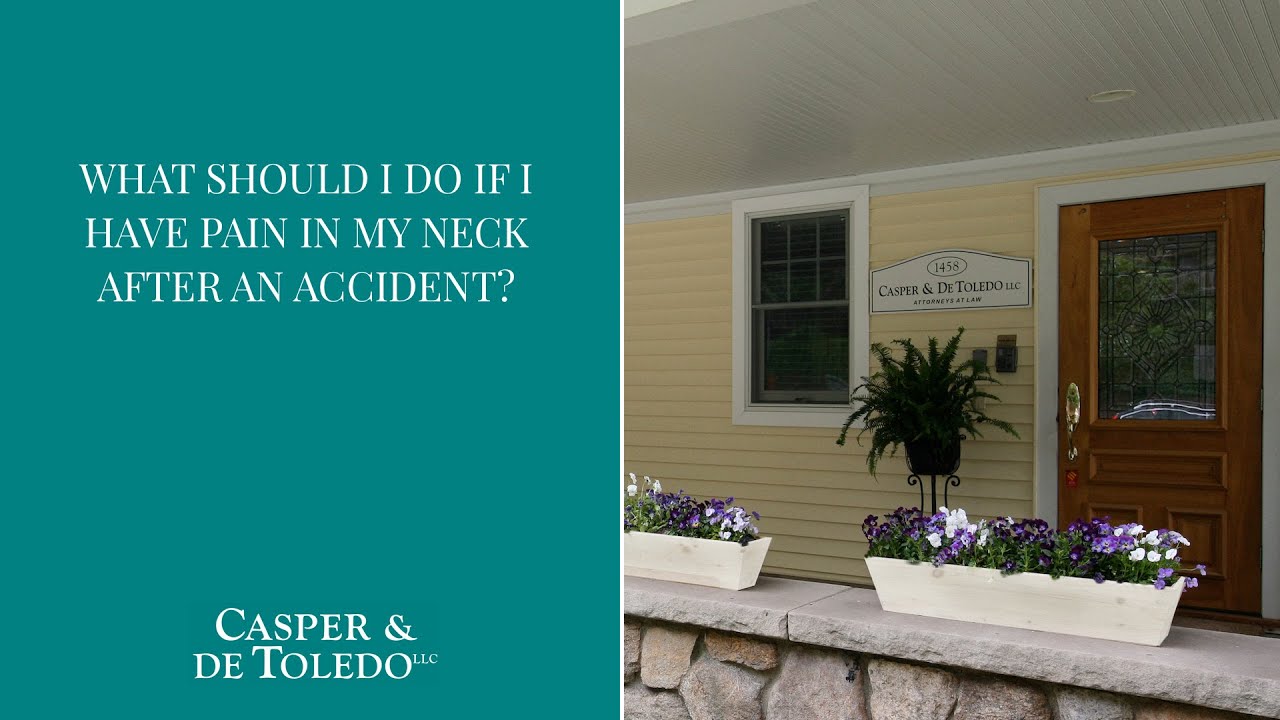