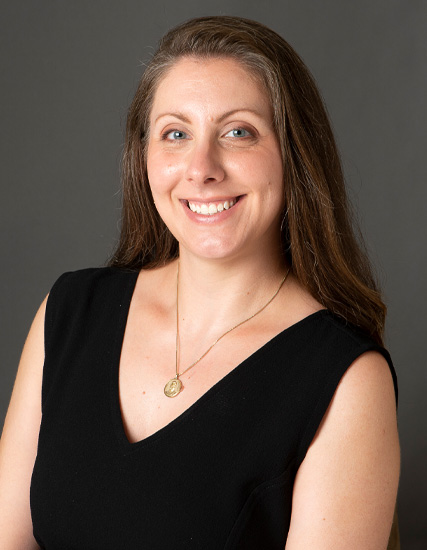 Hilary has been working on behalf of the victims of the carelessness of others since before she graduated high school, often spending her summer or other breaks from school answering phones and otherwise providing office support to Raymond Schwartzberg & Associates, her father’s law practice, in New York City. That early experience crystalized in Hilary a mindset that the injured face an uphill battle against well-connected and well-financed insurance companies that, despite their public advertising, are not neighborly or on the side of the injured victim.

Upon graduating from the Chapin School in New York City, Hilary attended New York University, continuing to gain experience in the law and in a law office during school breaks, and earning a degree in economics with a minor in math, with honors, in 2005.

Hilary then continued her education at The University of Connecticut School of Law. While at UConn Law, Hilary was an Executive Editor of the Connecticut Law Review. She authored an article published in the journal entitled “Tort Law in Action and Dog Bite Liability: How the American Legal System Blocks Plaintiffs from Compensation.” The article focuses on how dog breed exclusions in homeowner, renter, or building insurance policies often leave the victims of dog bites without adequate, or in some cases any, compensation for their injuries, and that the effect of this deprivation strikes the low-income community the hardest. Hilary graduated from UConn Law in 2008, and she began working for her father’s firm upon passing the bar exam.

In her time, continuing to the present, at the family firm, Hilary has prepared legal briefs, motions, complaints and appeals, and has performed extensive legal research, while also attending court conferences, and both taking and defending depositions.

In 2010, Hilary and her husband Daniel Saltus expanded the firm’s reach into Connecticut and have been representing individuals in the courts of New York and Connecticut, using their knowledge of the laws of both states to maximize compensation for their clients and to advise them regarding how they can best navigate often complicated and confusing issues that arise when the laws of Connecticut and New York do not match up perfectly.

Part of Hilary’s ability to effectively advocate for her clients is because of her detail-oriented approach – where there is a puzzle about how an event occurred or who may have been responsible for bad decisions that led to a dangerous and injury-causing situation, Hilary is able to identify those who are responsible, even if they are working behind the scenes, and hold them accountable for their actions or inaction. Companies, particularly large corporations, have a habit of hiding themselves within other companies and hiding their insurance coverage from the public, even when informed of an injury against which their insurance is supposed to protect. These games and schemes are all known to Hilary, who is able to sift through the multiple corporate entities and their subsidiaries, and determine who is truly legally responsible for an injury to an innocent person.

Hilary is admitted to practice law in the states of New York and Connecticut, and is a member of the Fairfield County Bar Association.

In her free time, Hilary enjoys spending time with her two young children, and the family dog and cat, reading, and currently serves as the co-president of the PTA of her children’s elementary school.